The late ancient peristylish residential building “Eirene”, having floor mosaics, is one of the most worthy of notice buildings in ancient Philippopolis /Philipopolis/. 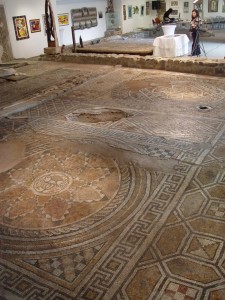 The floor mosaic, located in the central premises of the building, with the woman’s portrait having the inscription EIPHNH, was dated back to II – III century.

In the representative part of the building all the premises have polychromatic floor mosaics,  where in the geometric and figured effigies, a rich range of colours and shades has been used. In the rectangular space can be delimited two compositions, located in squares, with a circle inscribed into each of them and an effigy, placed in each circle.

The female bust made by the technique opus vermiculatum, is situated inside a hexagon,  surrounded by six squares and triangles between them. A wide dividing band, representing a black and white rhomboid grating with swastikas – meander, has been situated among the basic mosaic compositions in the central hall of the building. Above the northern square, a mosaic mural, located over a drain, an octagonal marble construction – a fountain has been built. A congratulatory inscription has been written out in the mosaic by its northern side. 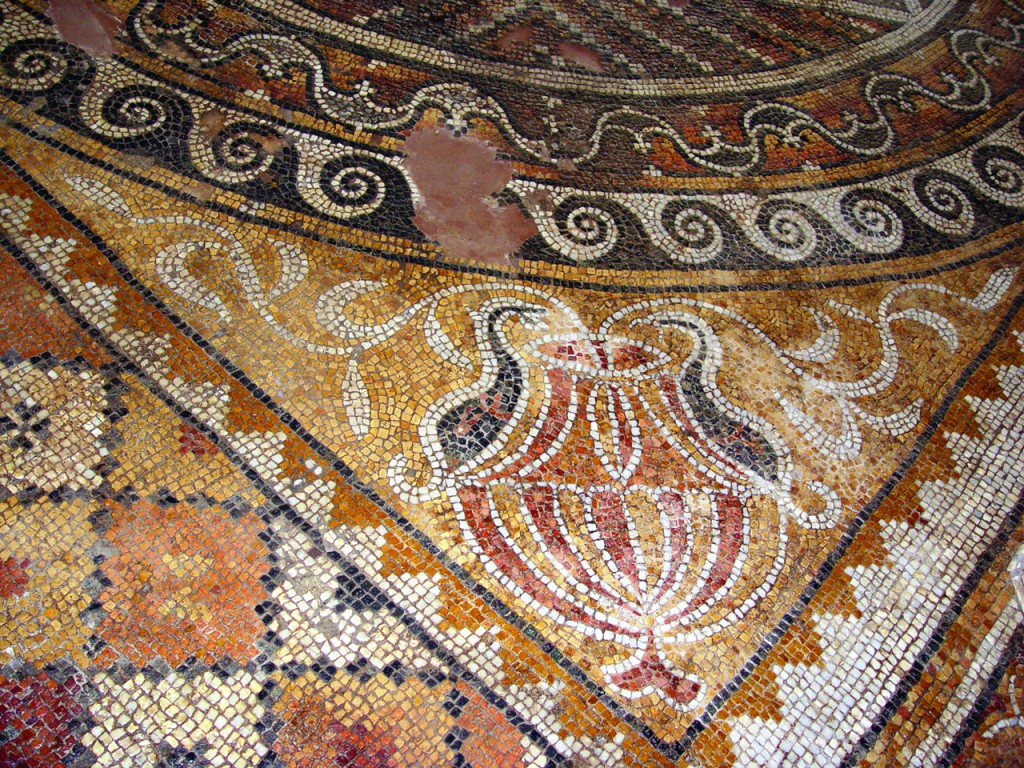 The mosaic composition in the western square of the central premises of the building consists of an inscribed circle with a big polychromatic mosaic rosette, full of small triangles placed in it. In the centre of the rosette is located an effigy of a cantaros vase in a little round medallion.